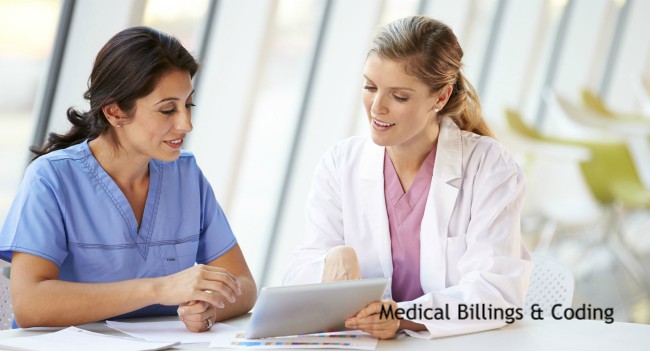 The Rhode Island Department of Labor and Training recently released a report detailing the past decade’s growth in health care employment, the state’s fastest growing industry in that time which added 10,645 additional jobs for a rate of increase at 18.8 percent. And the demand in the healthcare field is only expected to increase in the coming future as the percentage of Rhode Island’s population over the age of 65 increases to 15 percent in 2015 and 21 percent by the year 2030, according to a recent AARP report.

All school search, finder, or match results, as well as colleges and universities displayed as "Featured School(s)" or "Sponsored Content" are advertisers that compensate us for placement on this site. The resources, editorial content, and school evaluations published on this site are developed independent of the schools that advertise here.

Currently hospital employment accounts for the second- and fifth-largest employers in the state, and included among their ranks are an expanding workforce of medical billers and coders. Linked in tandem with the health care industry, medical billing and coding professionals operating in the state are also expected to markedly increase in number over the coming decades. An article in the Providence Journal cites that health care is the industry with the greatest projected growth in the coming decades.

The job prospects for medical billing and coding professionals have already sent ripples through the Ocean State’s economy in the last few years, and preparing for these careers with the right training and education can be considered a wise move before the projected tidal wave of demand hits. At that point, employees already in the field will be able to pick and choose the most lucrative opportunities.

Some of the major employers of medical billing and coding professionals in the state include familiar names:

Working as a medical billing and coding specialist for any of these institutions or similar agencies requires training and knowledge in subjects including:

Rhode Island is home to several educational institutions offering credentials for the medical billing and coding field, in addition to a number of online schools. These include:

Education programs are offered for time increments ranging from a few weeks to a few years. These include:

Candidates who prepare for the medical billing and coding careers of today will be ready to move up the career ladder when the market experiences its projected expansion in the coming near-future.

Overview of Medical Billing and Coding

Medical billers and coders do distinct types of job roles. However they are often stated in combination with one another, thus, each one is a entirely different self-restraint. Medical billers and coders always perform task together to make sure the billing process is implemented successfully. An individual can do both billing and coding tasks, still there are lots of health care services allocate one person to each exact job.

Medical billers make the genuine patient bills that are termed claims. These claims signify all of the services offered to a patient through a specific health care facility. Many claims are referred to a third party for compensation. That encompasses insurance firms and increases the responsibilities of a medical biller. There are lots of complex details incorporated with insurance policies and it is the great work of a medical biller to understand all of those facts.

There is also the requirement to get in touch with the insurance carters as well as patients. Medical billers often find themselves determining claims problems, defining policy details, responding patient investigations and confirming medical codes. The entire responsibilities need powerful communication abilities as medical billers communicate with a great deal of people.

Medical coding professions demand much less communication. Coding responsibilities can typically be achieved in privacy without having to check with others. Medical coders are provided medical reports, records and transcripts and then try them into codes. To achieve this job, medical coders have a robust knowledge base of the several coding systems that are utilized in the health care segments. These codes symbolize every type of process, prescription, identifies and medical product. The codes are significant because that is what is utilized in claims.

To begin on an educational pathway in medical billing and coding, a high school diploma or GED equivalency is highly recommended. Every Rhode Island post-secondary school manners its own personal admissions procedure and most make it essential for candidates to carry out a high school diploma or GED. This qualification background also makes ready for medical billing and coding applicants for the assignments that lies forward.